Parcel company DPD has announced that it is now providing all-electric delivery service to ten towns and cities in the UK, with 15 more in progress and five new additions.

DPD had an initial list of 25 towns and cities, which it announced in October 2020.

Oxford was DPD’s first city to go green, with a fleet of 40 e-vehicles, in 2021. Bradford, Bristol, Cardiff, Hull, Newcastle, Nottingham, Reading, Southampton and Stoke have now all achieved the same status.

The remaining 15 on the list—Birmingham, Brighton and Hove, Cambridge, Coventry, Derby, Edinburgh, Glasgow, Leeds, Leicester, Liverpool, London, Manchester, Plymouth, Portsmouth and Sheffield—are due to go all-electric by the end of 2023, which is two years earlier than originally planned. 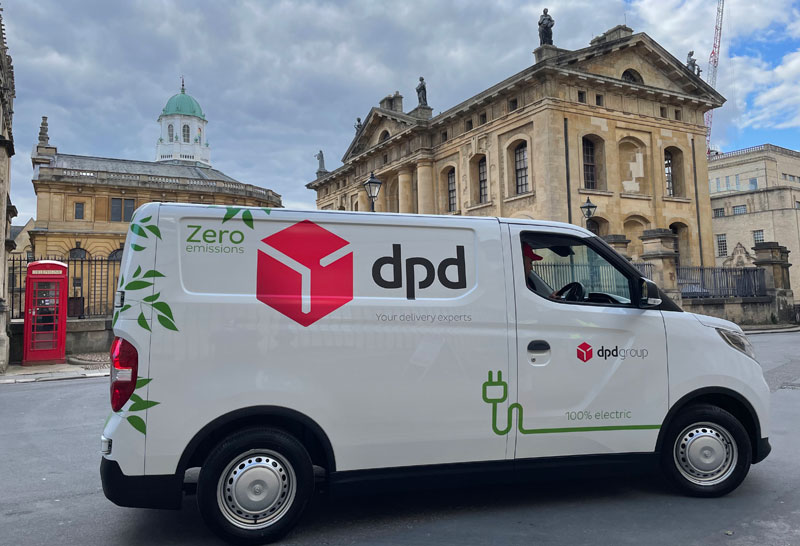 The towns of Birkenhead, Gateshead, Newcastle-under-Lyme, Rotheram and Shipley have also been added with the same target date, bringing the total number of all-electric towns and cities to 30.

According to DPD, the company has not bought a diesel van since summer 2020. It has invested £90 million in all-electric vehicles in the UK, purchasing 1,000 Ford E-Transit vans last month.